So my eldest son happens to be a huge Boba Fett fan so I decided to do a Boba Fett inspired 1911 for him. It started its life as a Rock Island GI 70’s series. I decided to cut lightening cuts into the slide. No CNC machine means a lot of file work. Never realized just how hard the steel really is on a gun, Two sets of files later, cuts done and sanded. Added front slide serrations, more files.

I had a long barrel bushing compensator that wasn’t going on any so I decided to cut that too. Shortened it up sanded and smoothed it out, no longer a comp ( debatable if it ever was a functional comp) replaces a few bits on the inside with Wilson combat parts, externally still the same.

Next was sanding and cleaning and then to the paint, nothing special just go ol’ rattle can. Color matched to Boba Fett’s armor. After a few days of drying came the clear coat. Matte rattle can to knock down the shine. 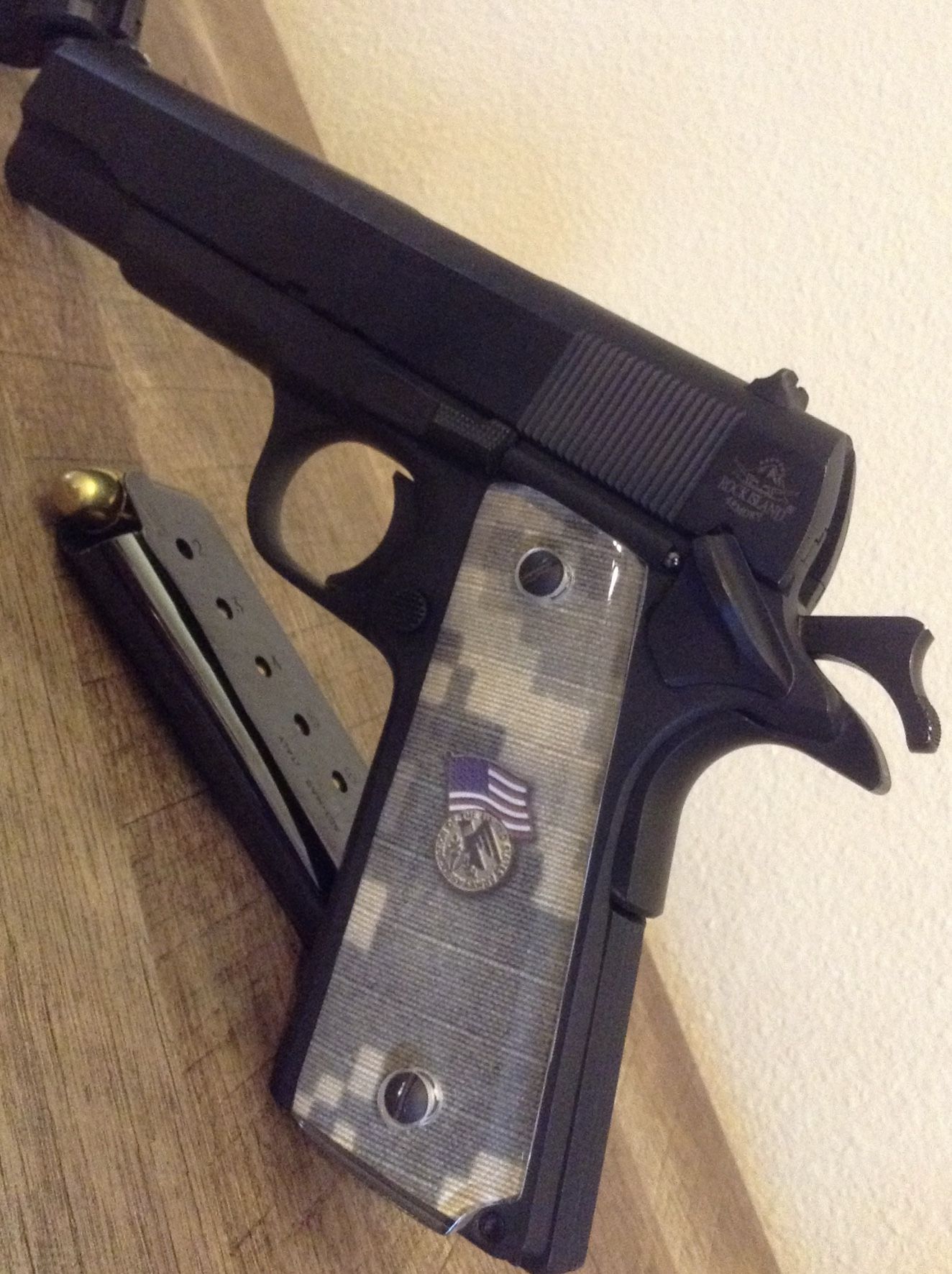 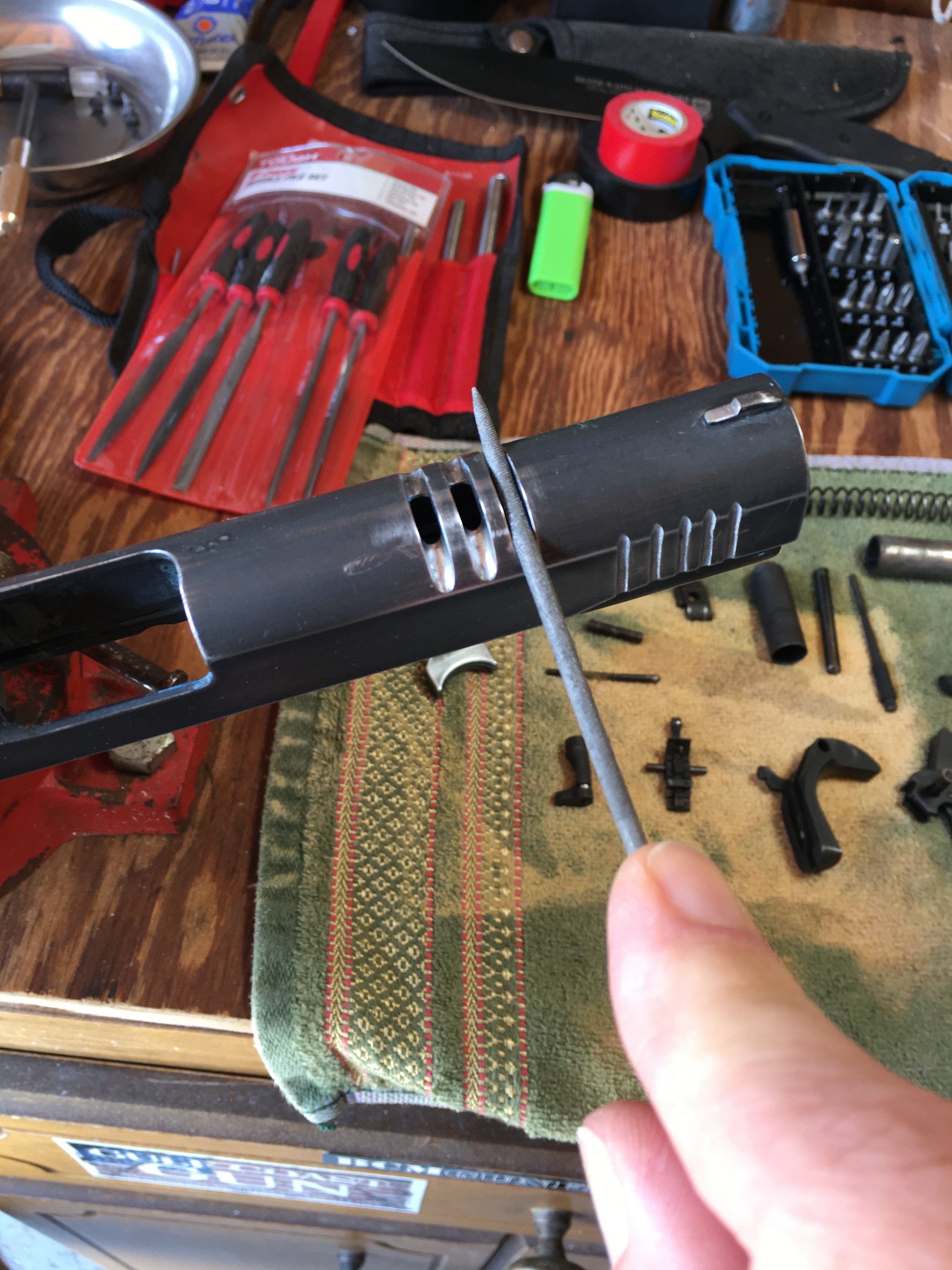 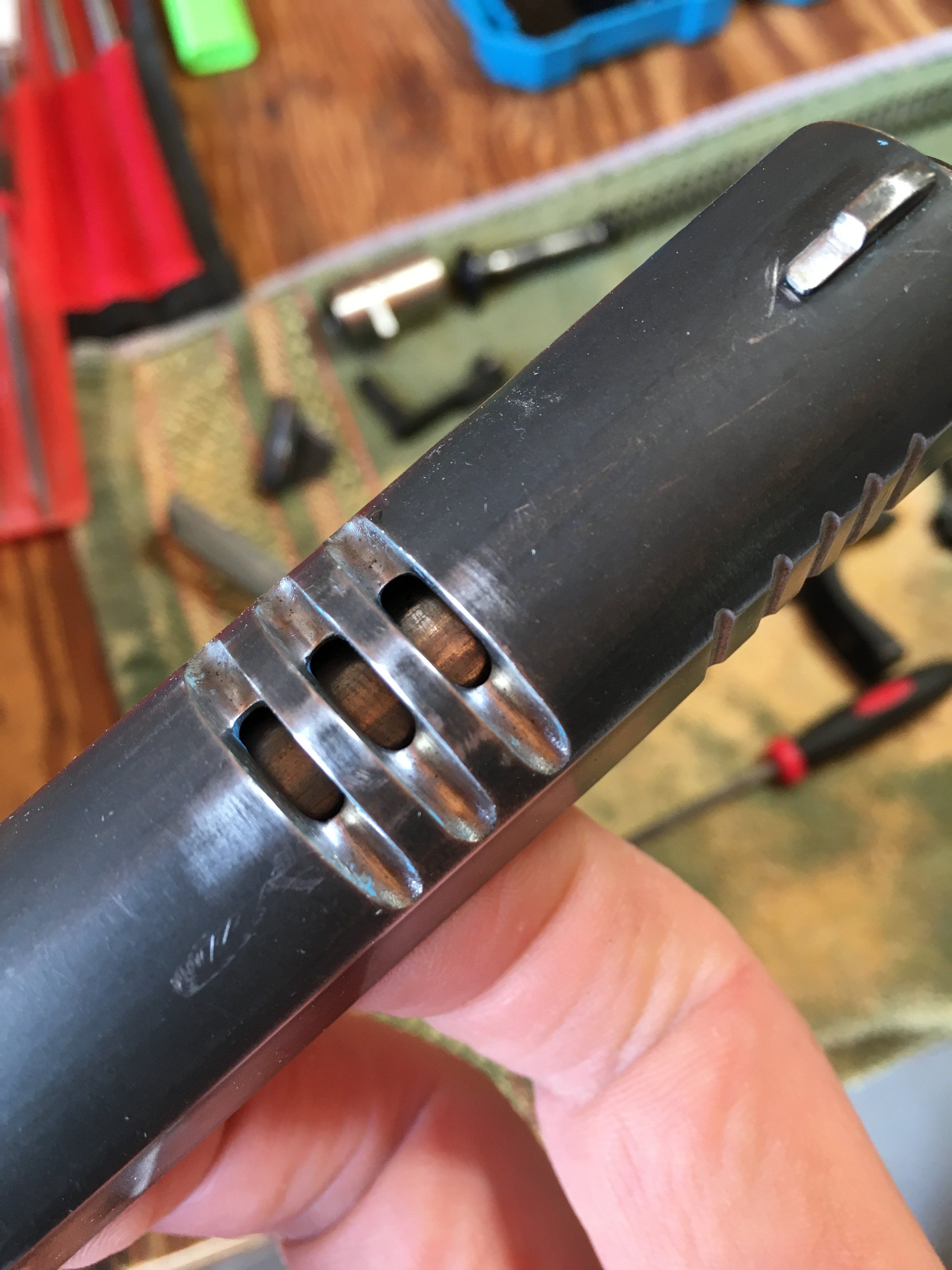 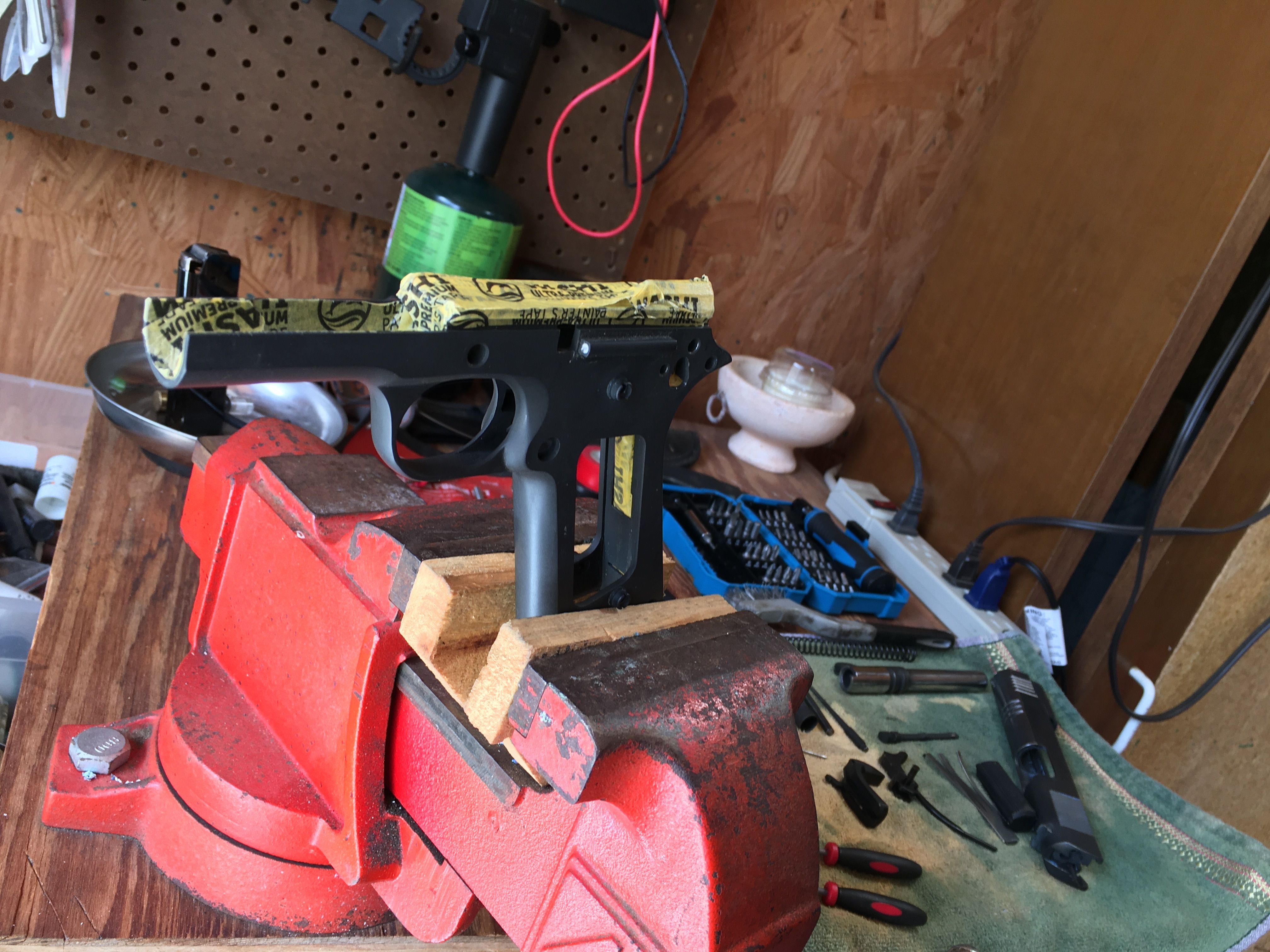 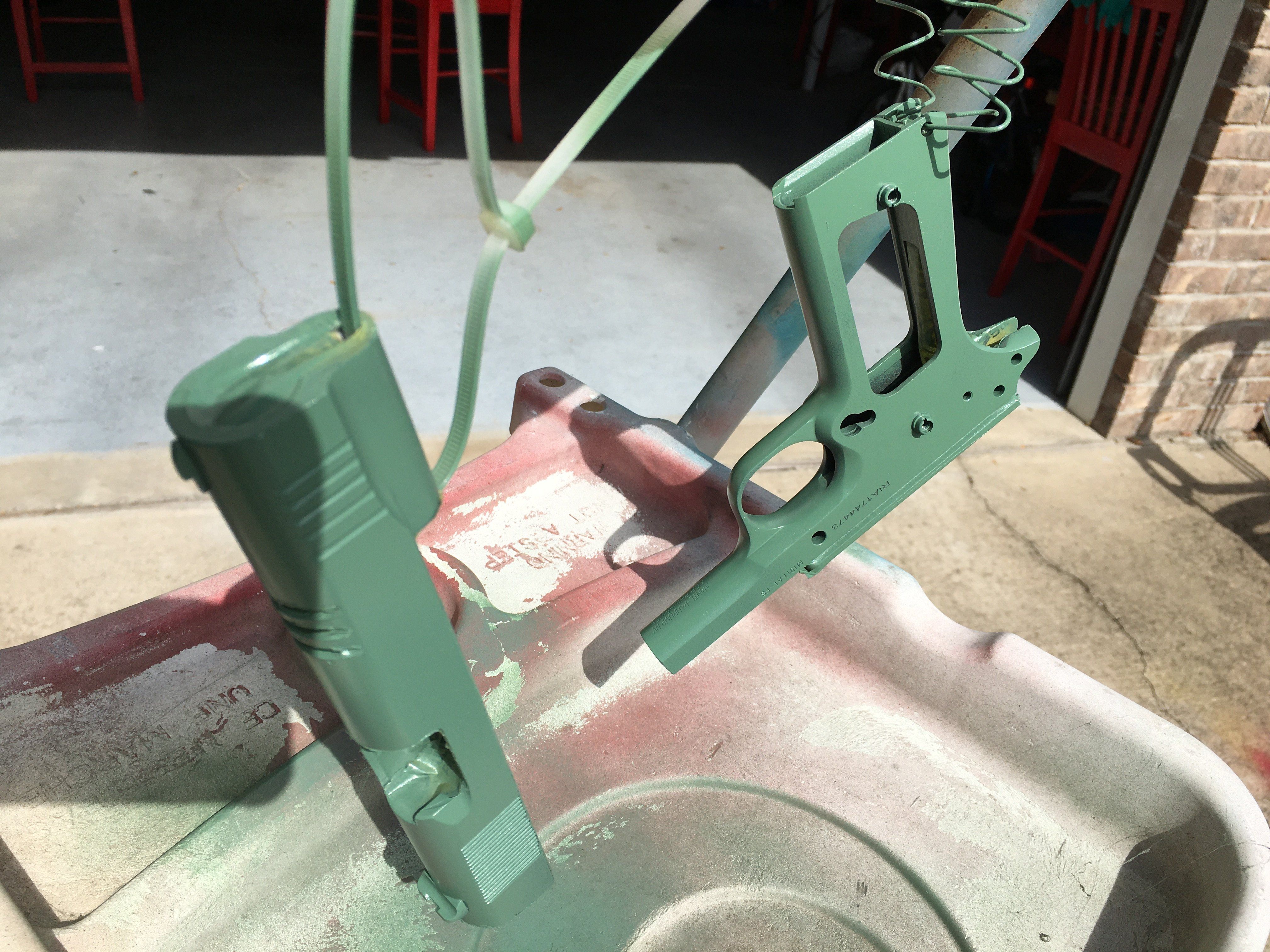 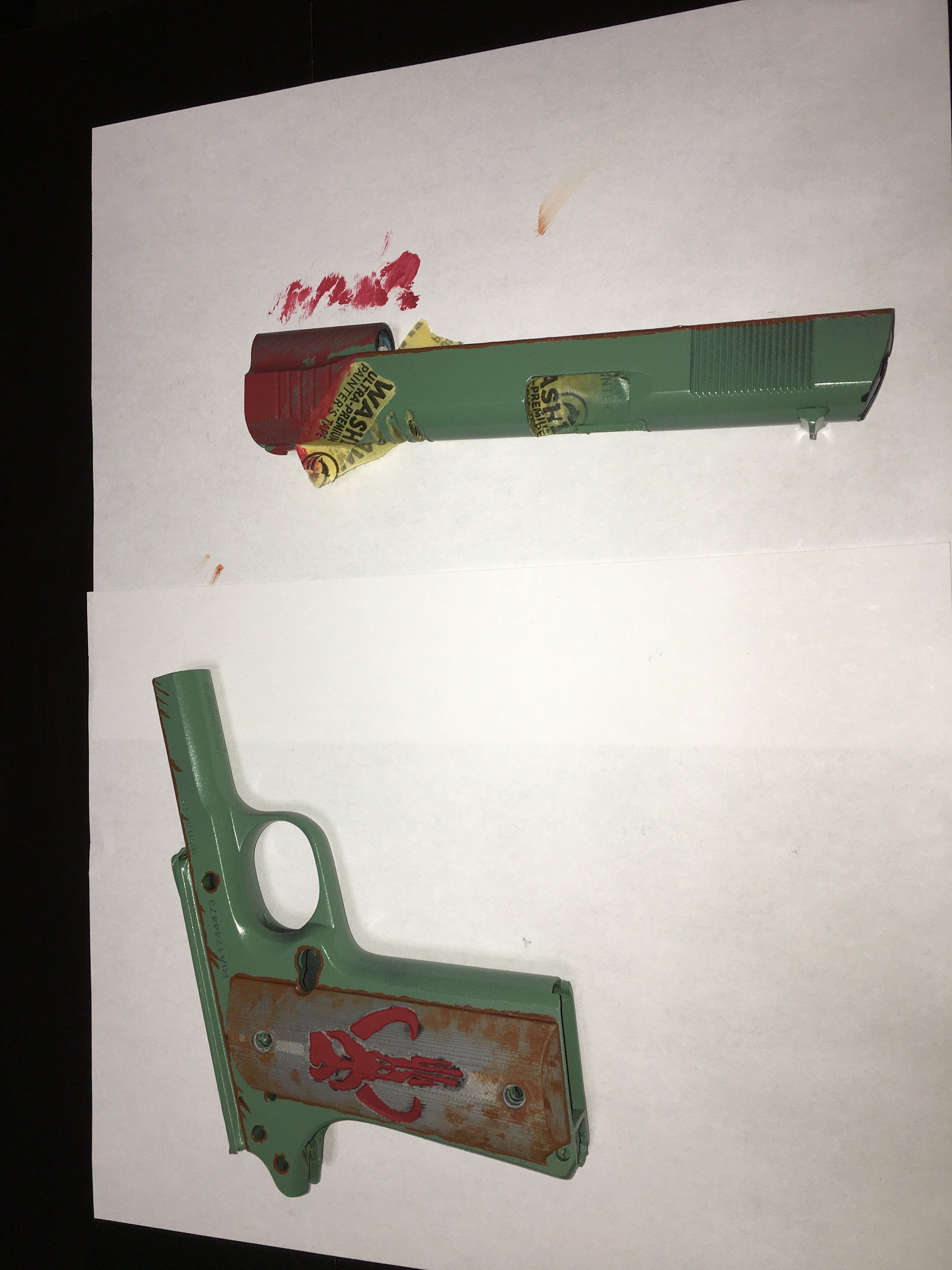 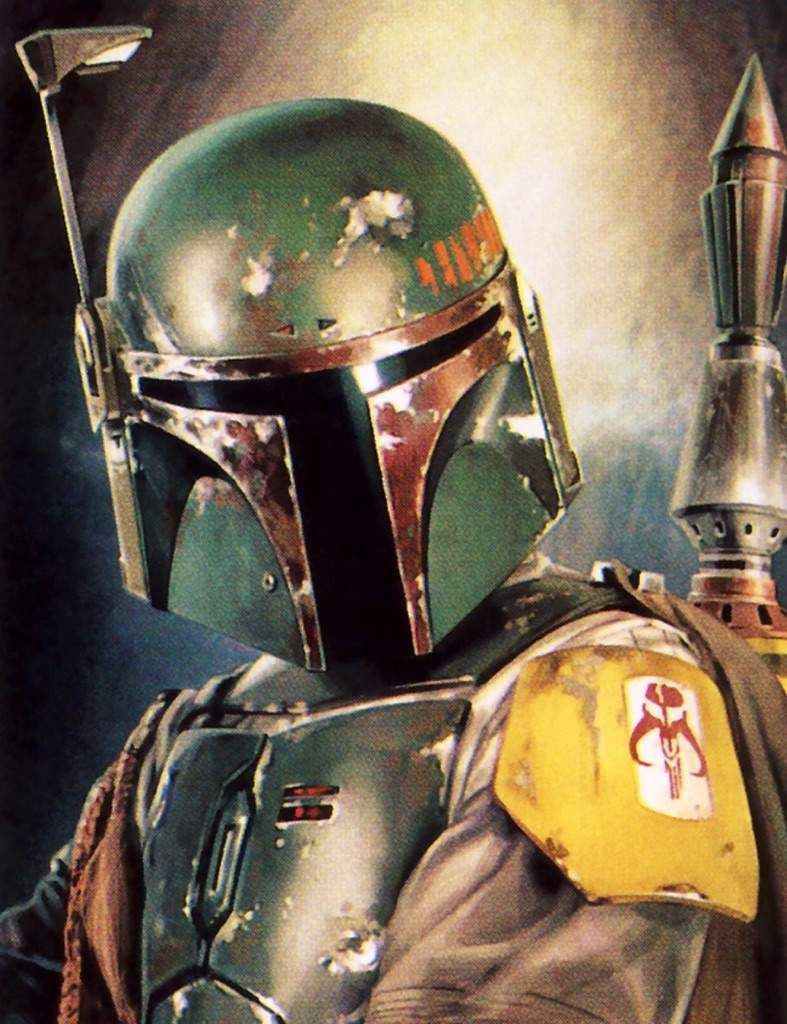 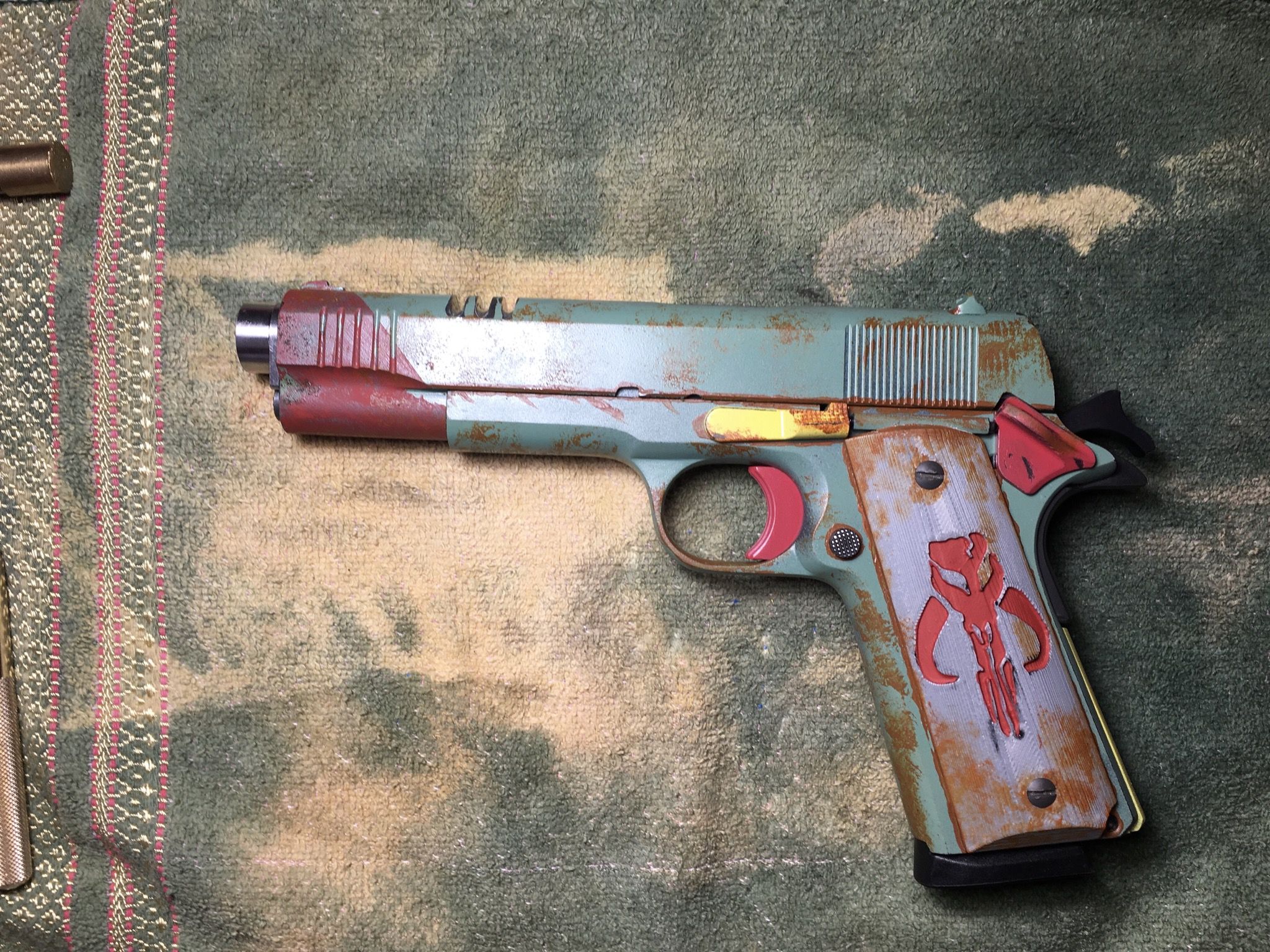 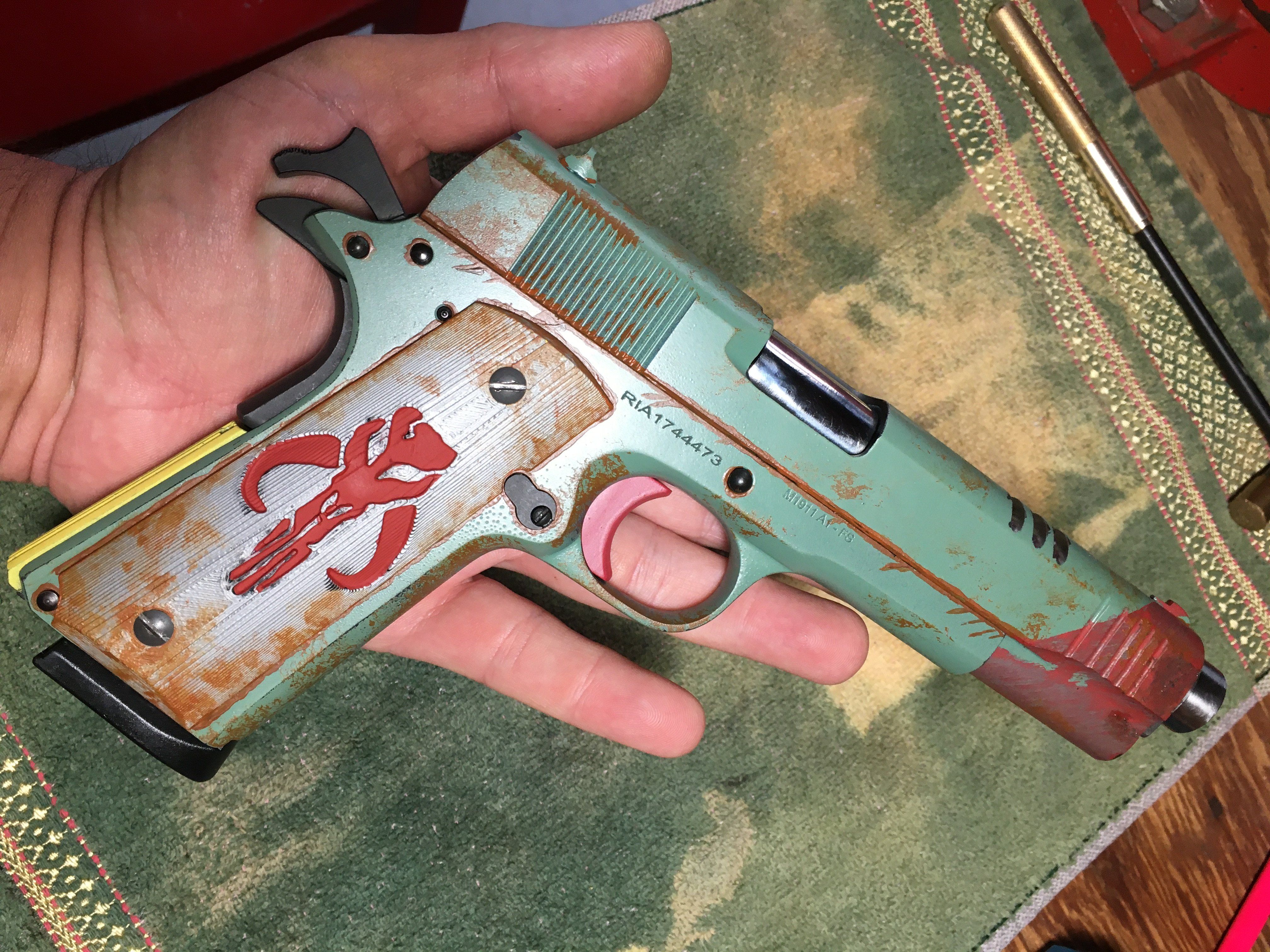 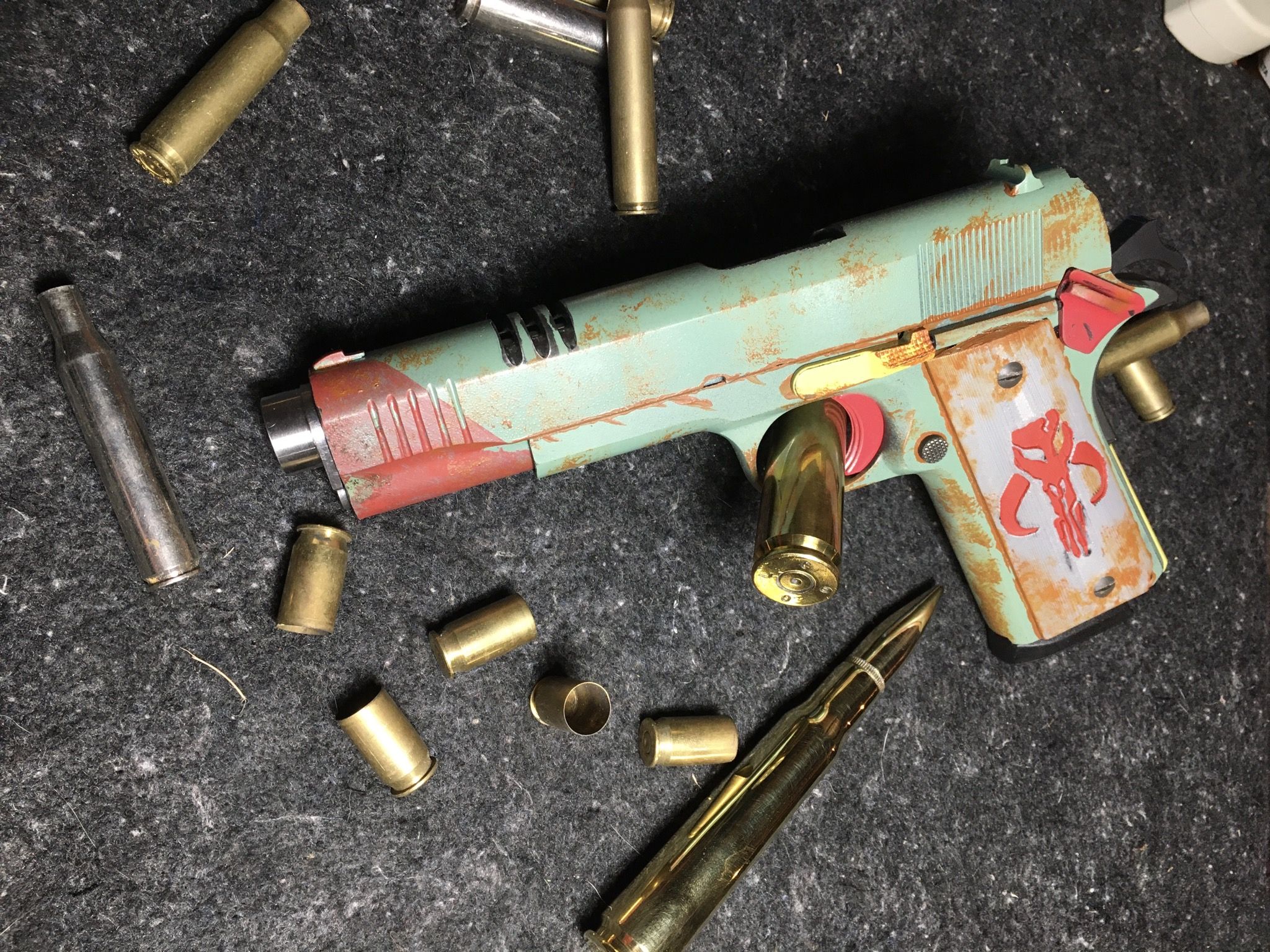 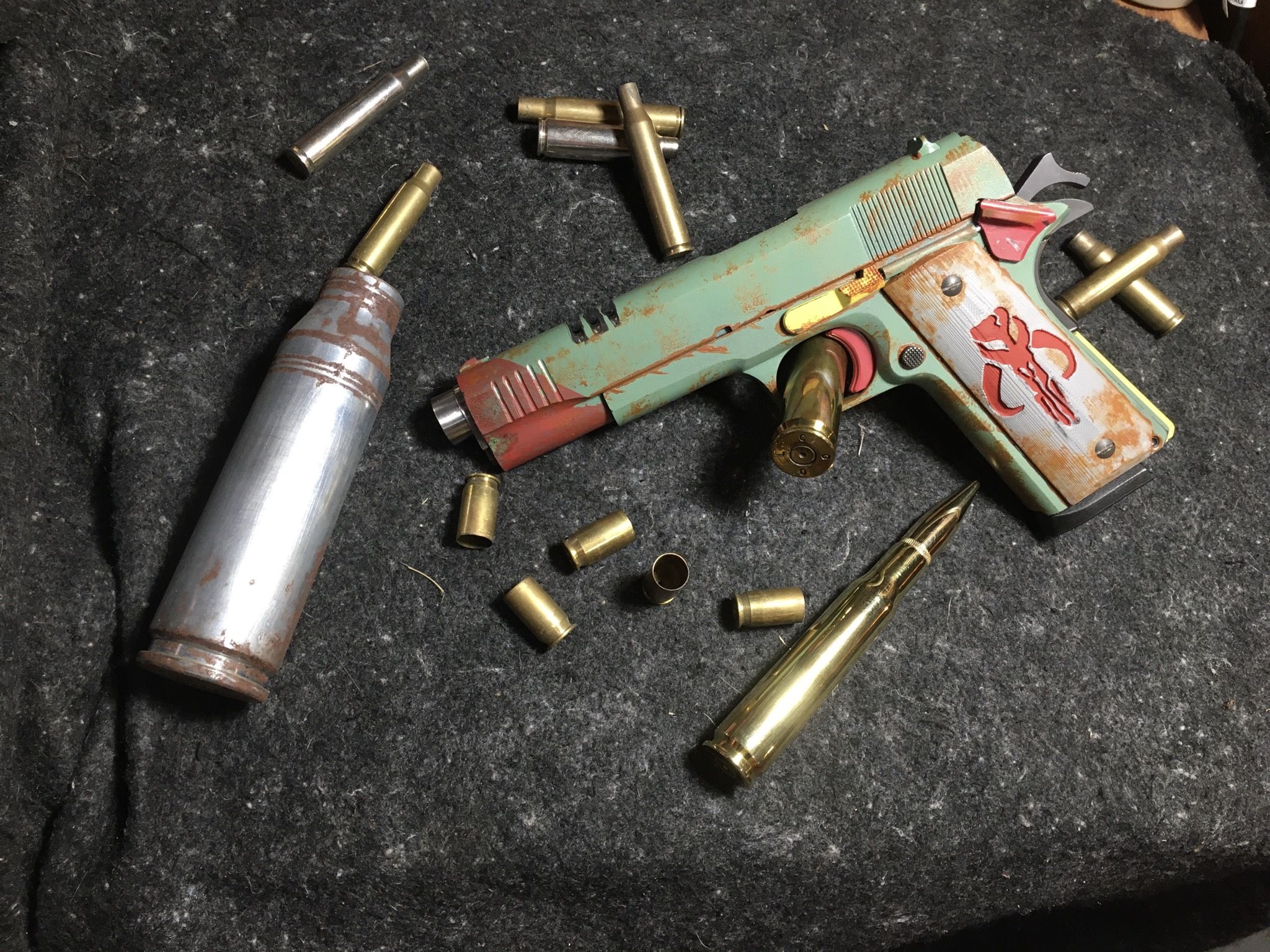 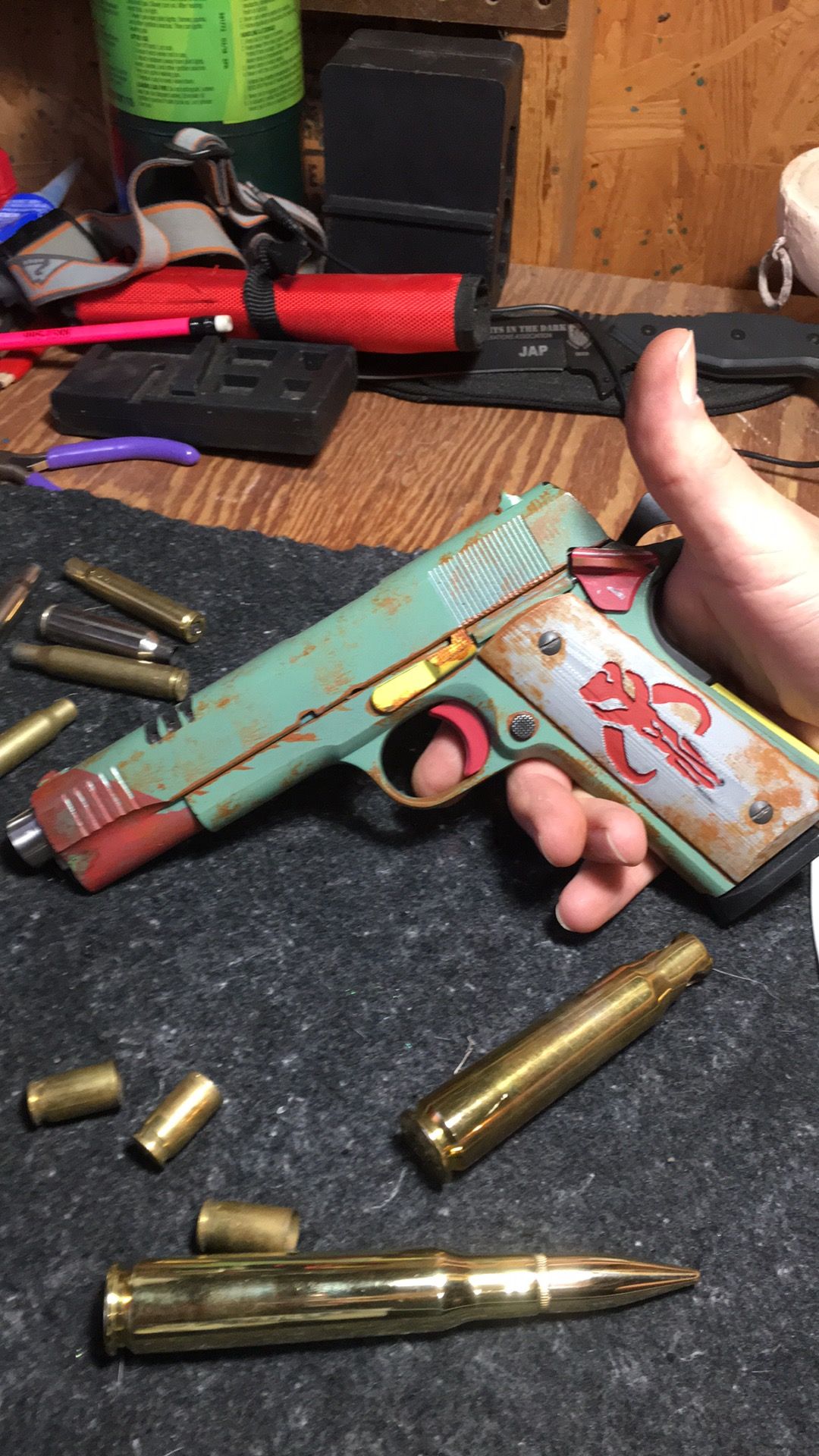 Sent from my SM-N950U using Tapatalk

Very nice. I have a buddy who liked Boba Fett from back in the day when the action figure had straight arms/legs... I'll share this with him.

Snake-Eyes said:
Very nice. I have a buddy who liked Boba Fett from back in the day when the action figure had straight arms/legs... I'll share this with him.
Click to expand...

When the toys were cool

I know where to go if I need a Borderlands gun built!

Rebel_Rider1969 said:
I know where to go if I need a Borderlands gun built!
Click to expand...

I do appreciate that Rebel. I’m definitely no seasoned professional but it’s a passion and I’d love the opportunity to do a project with/for you.

Looks cool. You can tell a lot of work went into it. Thumbs up!