Any progress?? Hopefully your feeling better!

Still hurting like a SOB, only got 1 1/2 hours of sleep last night, due to the pain.

As for a build update.......Met up with DaSandmanCometh. He's 10 minutes from my driveway if that.

The rear sight is being a pain, I couldn't start it the other day, and he couldn't get the roll pin to start at all either, but damn if he didn't try several times. He was more concerned with tearing the finish up on the windage drum, and we called that one a pass. He didn't have the A1 sight tool to install the front sight.

As for the sling swivel, again he was concerned with marring the finish and doing a Bubba job, and he didn't want to tear up the rivet and swivel trying to install it.

His words "If it was my gun no problem, somebody else's no way"

So the sling swivel and front and rear sights need installed still......But it now looks like a proper rifle from the distance.

Couldn't be more grateful for the work he did and for getting me this far.

DaSandmanCometh is an awesome person, and I'm grateful for his offer of assistance in getting the barrel and all installed. Well I should say FOR installing the barrel, gas tube, flash hider, oh and the handguards.

CINC Household and I managed to install the front sight. So the sling swivel needs installed then I can mount the sling . Plus the rear sight drum, detent and detent spring and that damn roll pin (Flat spring, aperture and screw are already installed). We have compressed the end of the roll pin just a bit and it still won't go into the hole. Stopping for the day before I get frustrated. 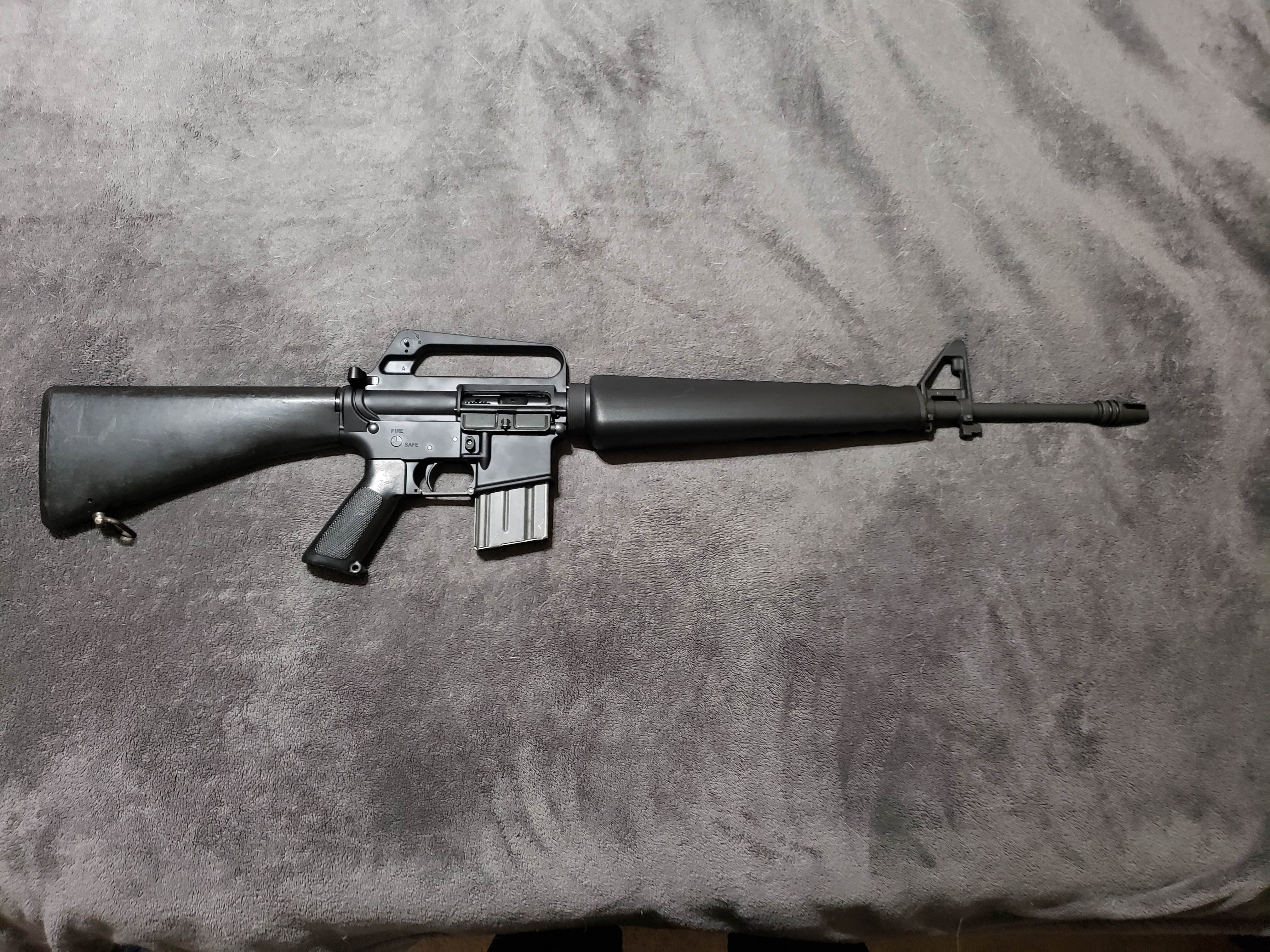 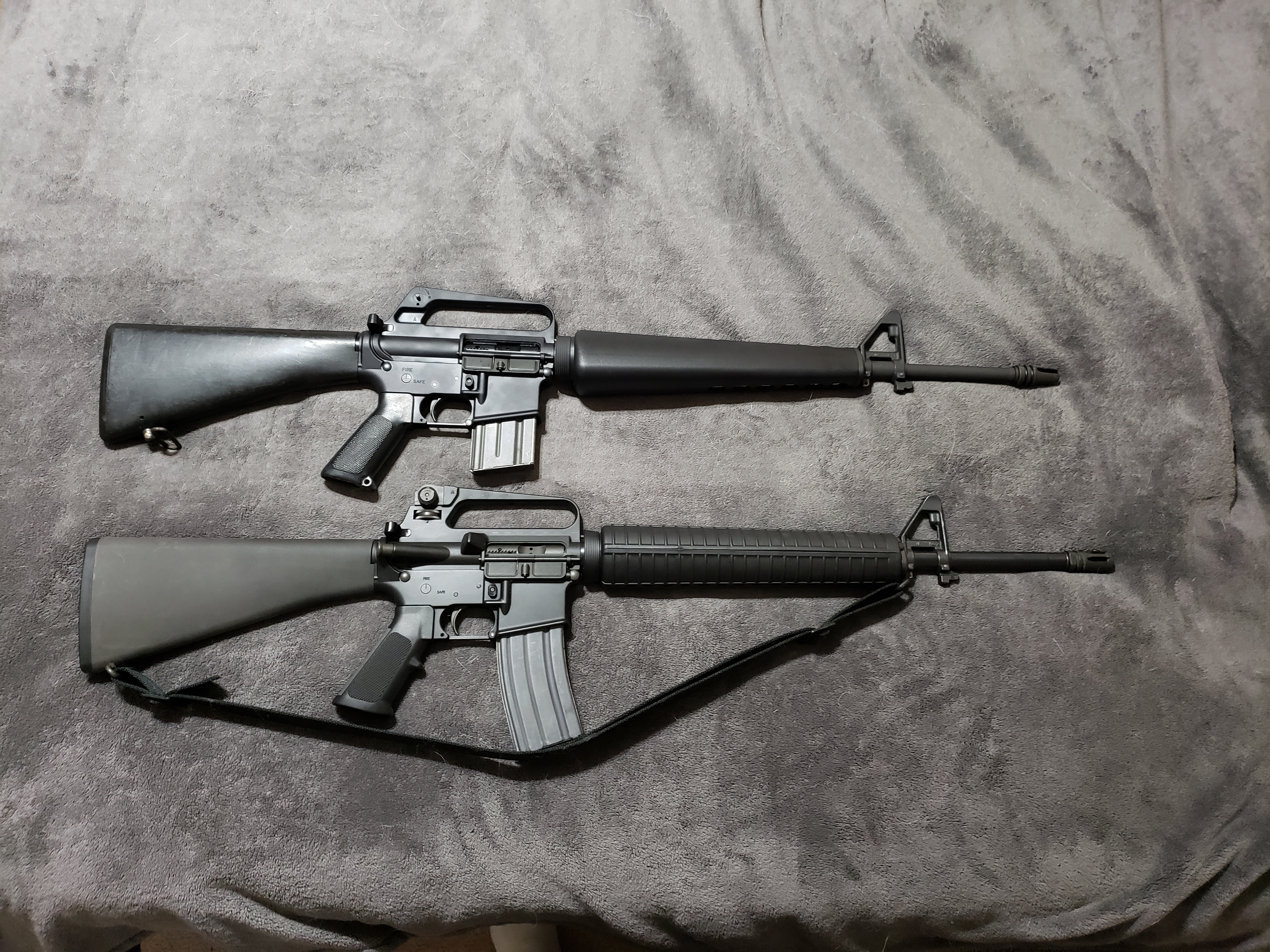 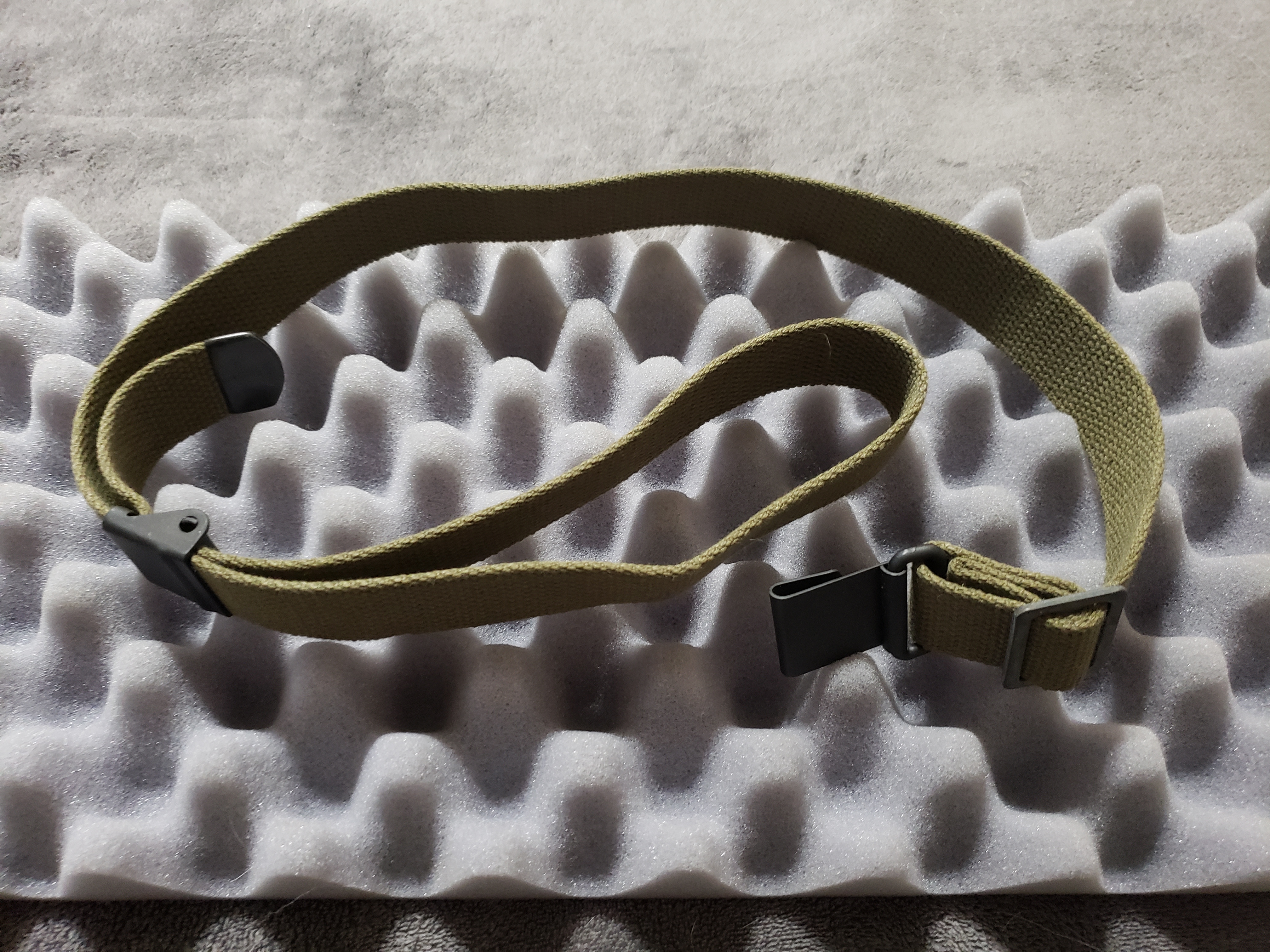 MarkS said:
Praying you get some relief from the pain so you can get some sleep

Waiting to start injections in my hip and knee, already started them in my lumbar again......Just want to be able to climb into bed, fall asleep, and stay asleep for at least 8 hours straight, again!
Last edited: Aug 13, 2021

Just want to put this out there before my aging brain forgets again. I want to thank everyone that has shared their knowledge, insight, experience, and the many offers of assistance, and the actual assistance during this build. This is my first and will most likely be my only build. I have $946.75 tied up in this build, which is less than I would have found one for already built like I wanted. It has been an adventure to say the least.....

Plus if I sell the A2 buttstock and screw, A2 buttstock spacer, A2 pistol grip with screw and washer, and the extra barrel nut I ended up with I could recoup a couple bucks.

Checking in, I've been quiet and slow lately, I've driven only 3 times in the last 3 1/2 months due to the pain and injection side effects. I'm averaging 2-3 appointments a week right now. Transferred from an Eglin AFB Urologist to a local one. No problems with Eglin they have been wonderful since day 1. The drive is what is getting to me plus having to block out 5 hours (Drive there, drive back and appointment time) minimum out of the day for it.

Schedule the last few weeks, plus upcoming ones:

After looking at a ton of vintage M16 pictures and 604 pictures, I noticed one thing about them. The forward sling swivel on the early ones was held in/on with roll pin or spring pin versus a rivet. While it's just a small detail, I figured it would make the swivel installation easier. I test fitted the roll pin or should I say I attempted to test fit it, Good Gawd it's going to be tight.

Any suggestions? Should I try and compress the end of the roll pin before installing it? I'm going to use copious amounts of grease to lube it up. Just don't want to mangle or break anything.....!
Last edited: Tuesday at 8:18 PM

You need to be extremely careful when driving in a roll pin for that sling swivel. The ears can be broken if you do not support them properly. If I may suggest, send it off to someone I know who does this stuff for a living. We will do it properly. Of course, it will cost you a bit to cover the work and for shipping both ways. He has a very quick turnaround. His name is John Thomas and he owns and operates Retro Arms Works in Warsaw, IL.
You must log in or register to reply here.