RevFisch said:
Where do y’all get your AKs?

I’ve looked at some but heard Riley Defense suck.

I’d love to get my hands on a MAADI

Mine is just a standard Romanian WASR 10, with surplus Romanian furniture. I bought mine on GB in 2019, as the ones local to me were priced way more than I was finding them for online.

Was a little leary buying one that I couldn't hold in my hands and inspect, but I bit the bullet and did it. I was more than happy and surprised with it.

Mine was made in 2018, and I either got lucky or Century got their act together. Mine had none of the issues found on the earlier ones, such as canted sights, canted gas blocks, mag wobble, or steel shavings in the chamber from opening up the magazine well. I would even go as far as to say the magazines on my AKM lock up just as snug as my AR15 magazines do.

Raven said:
How does that attach? What's the eye relief?
Click to expand...

Standard ak rail, just wanted something interesting for an optic and found these were easy to get from belomo 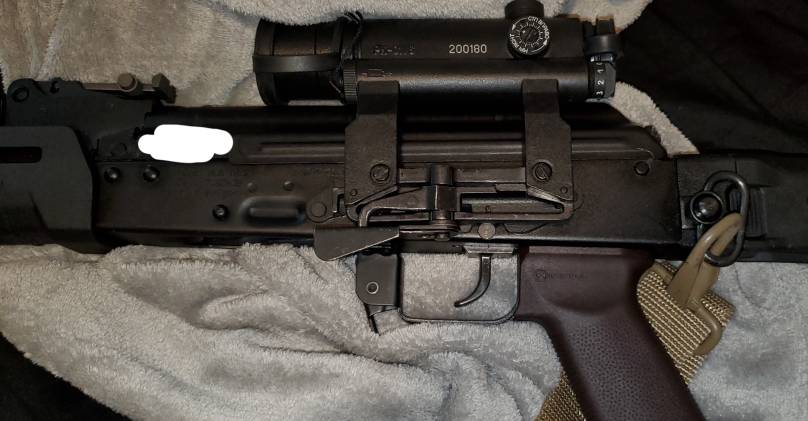 FrommerStop said:
Mine were purchased some years ago. What do you like about the MAADI. It was my understanding that the MAADI being made on were russian equipment were very close to the Russiam AKM. Take a look at the the AK operators union on youtube. For what is what in AKs https://www.youtube.com/results?search_query=ak+operators+union+local+47-74
Click to expand...

I like the fact that they are close to Russian as possible.

You will be hard pressed to find a pre ban MAADI at a decent price. Post bans were mostly either century imported or century built. Imported are good. Built are crap. Stay away from the MISR 90s. Imported MISR10 And MISR S/As are good to go. If you can deal with no bayo lug and no threads for a flash hider. All stuff you can read on the internet. I have a sweet A.C.C Int/intrac 93 imported that is a tranny. And the lugs were grinded down just enough for a bayonet to still hang on.
R

I really just want a nice AK with wood furniture. 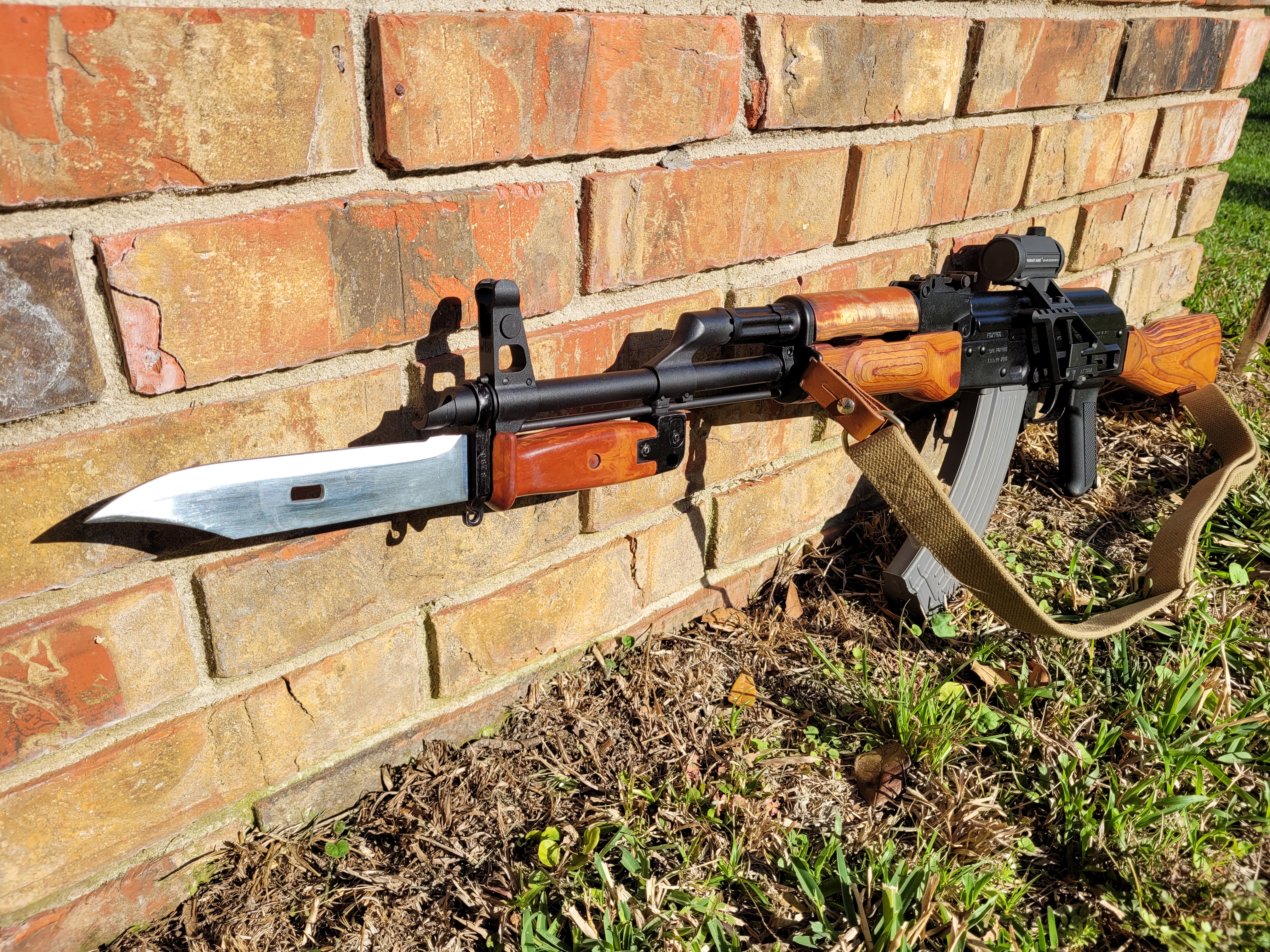 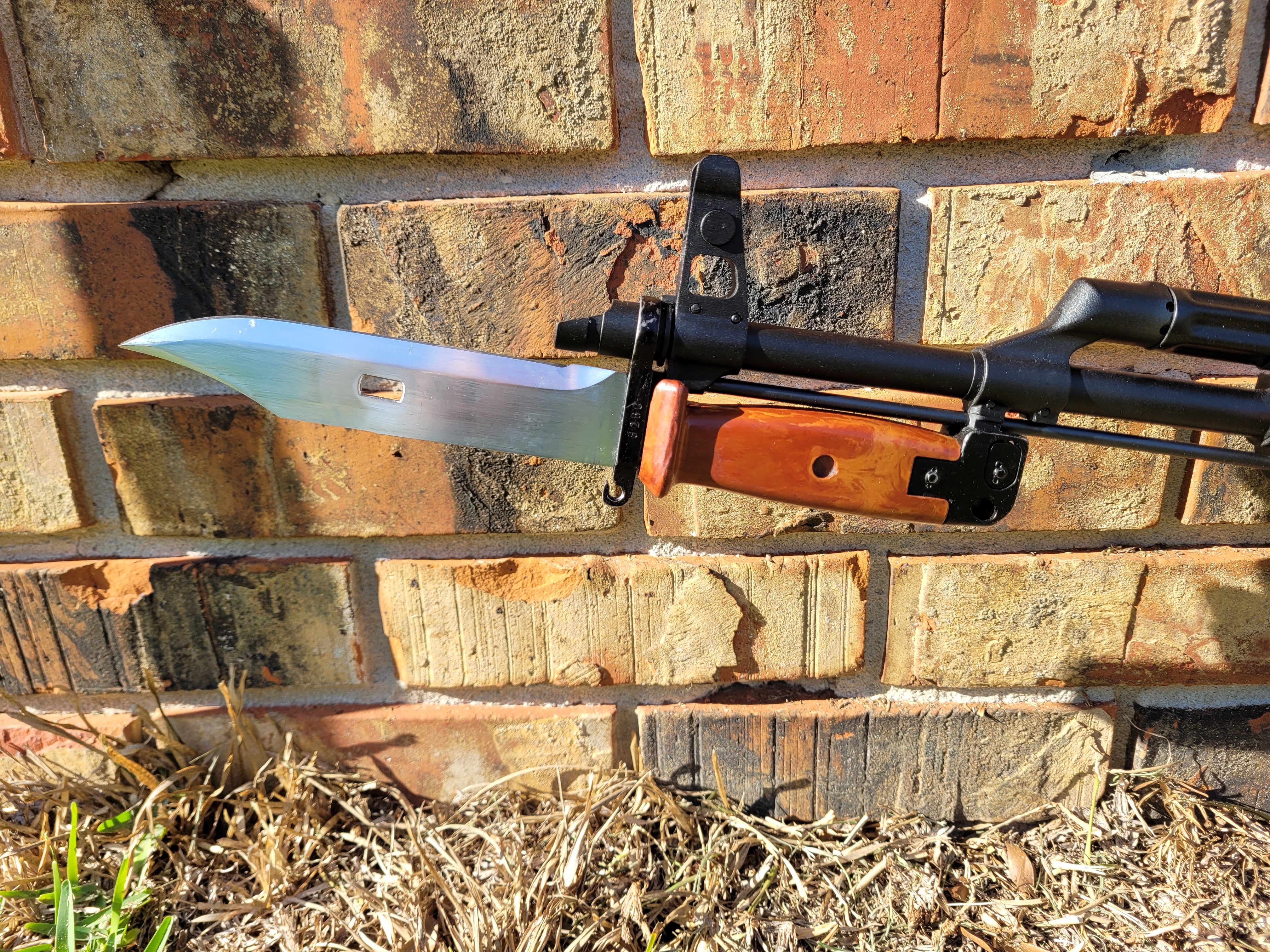 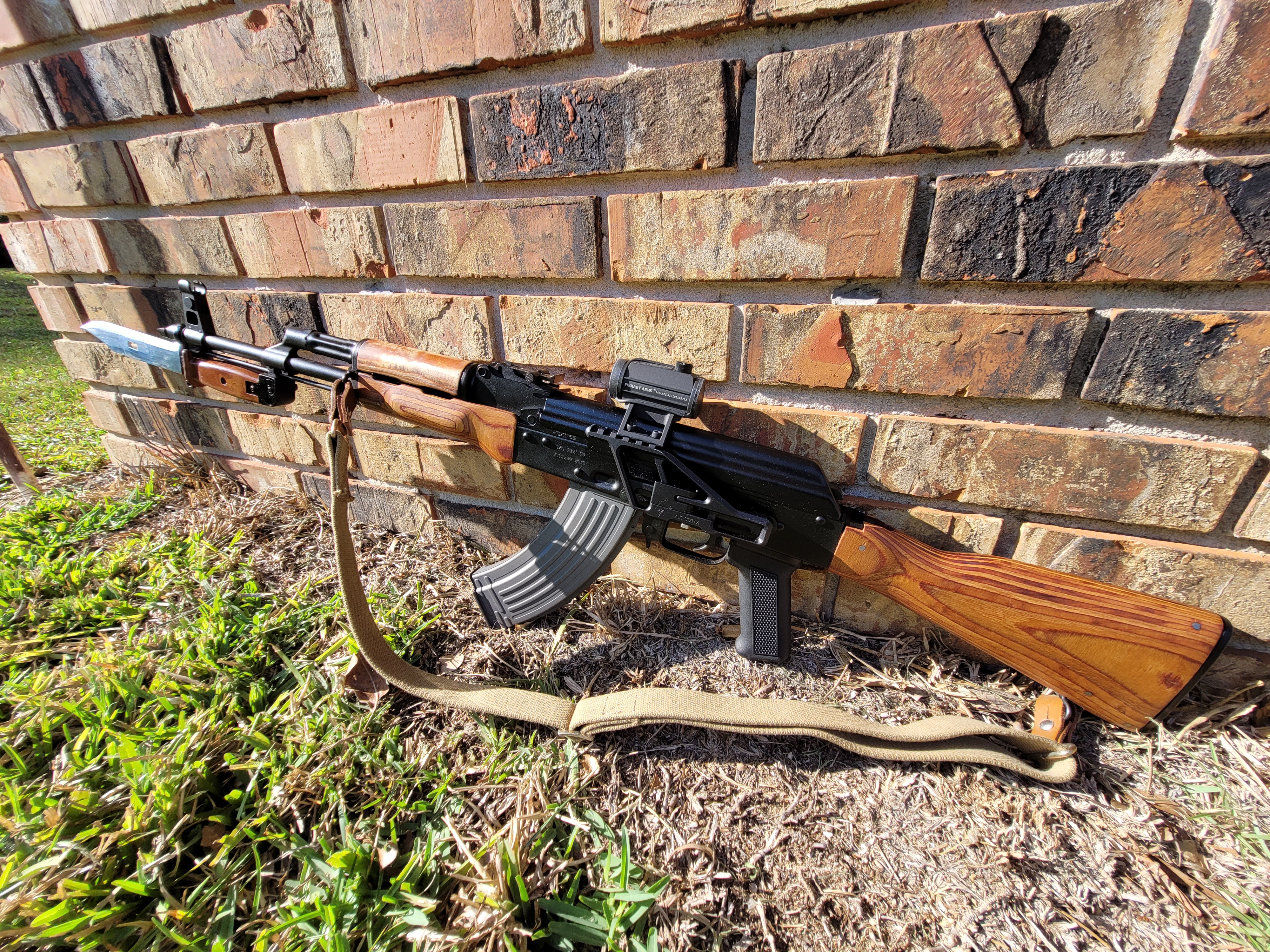 This is my PSA 103, waiting on Zenitco PT-3 stock. Also have an Arsenal 7.62 Krink that I’m waiting on the stamp for.

anybody know of a good AK gunsmith in this area? Need someone who knows how to pull a gas block properly

Herf said:
anybody know of a good AK gunsmith in this area? Need someone who knows how to pull a gas block properly
Click to expand...

Im not a gun smith but I can handle "pulling" your gas block.

Here is a Saiga 233 I just finished converting today and updated to use German Weiger SAR-3 mags. I grabbed this gun of the forum the other year in its stock neutered configuration. I did a full conversion, reciever holes welded up, new trigger system, cut/weld/modify old trigger housing to AK configuration,rivet trigger housing in place, drill/tap and modify a bullet guide, mill barrel for AK hand guard retainer, replace gas block and front site, added a vented gas tube, etc, etc, etc,.. Had to file the magazine rear retainer to fit Saiga mag release and also file the top front of the mags to clear the front trunion locking lug area. I even had to fab a steel follower to beat down into the mags to open them back up to factory inner diameter plus so the plastic followers and ammo would travel nice and smooth. Several of the mags would bind due to the lenght of the rounds. I stretched the mags out to the length of 2.310. It cycles rounds by hand nice but still need to test shoot.

So now Im looking for my next AK project. 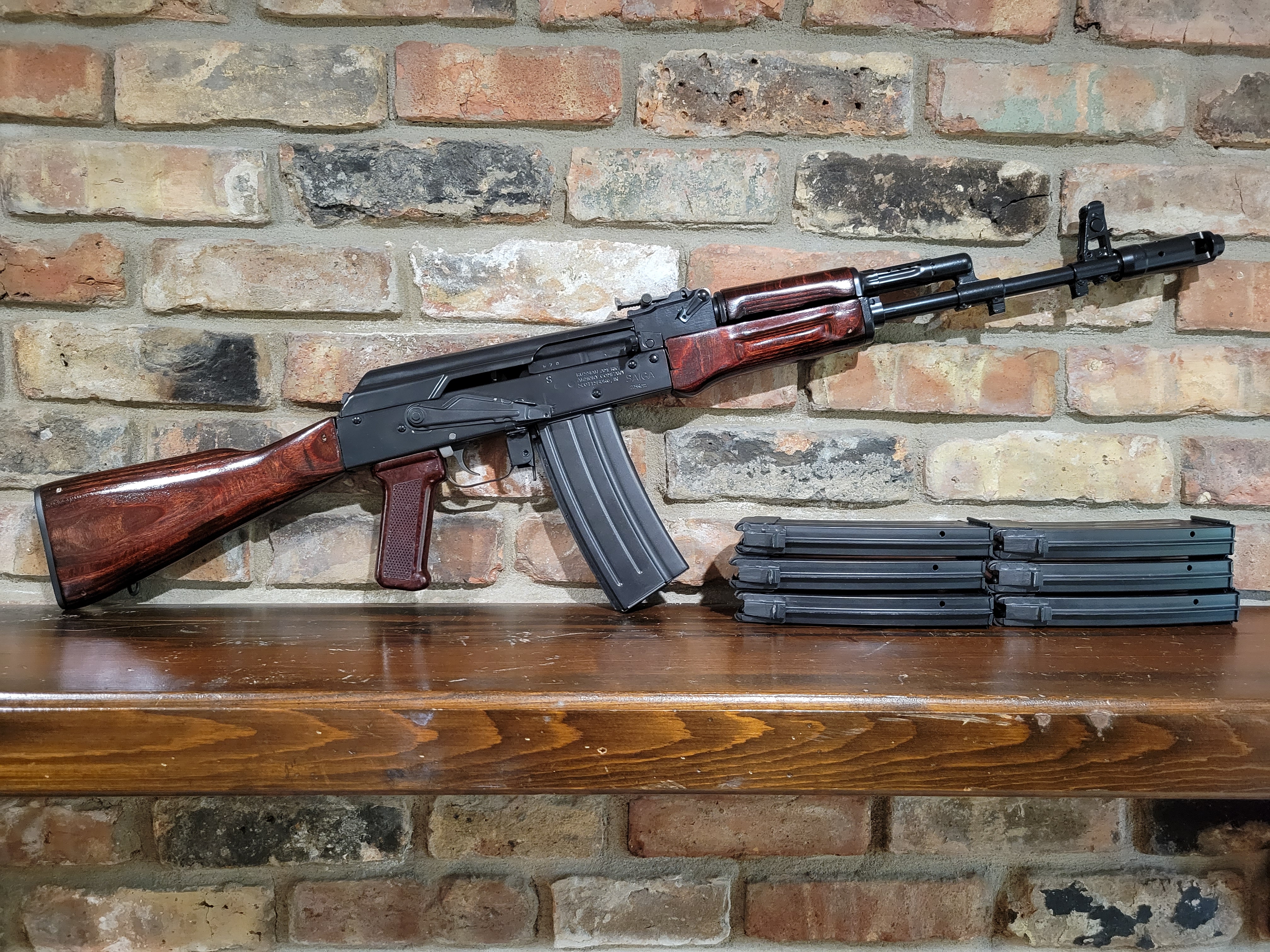